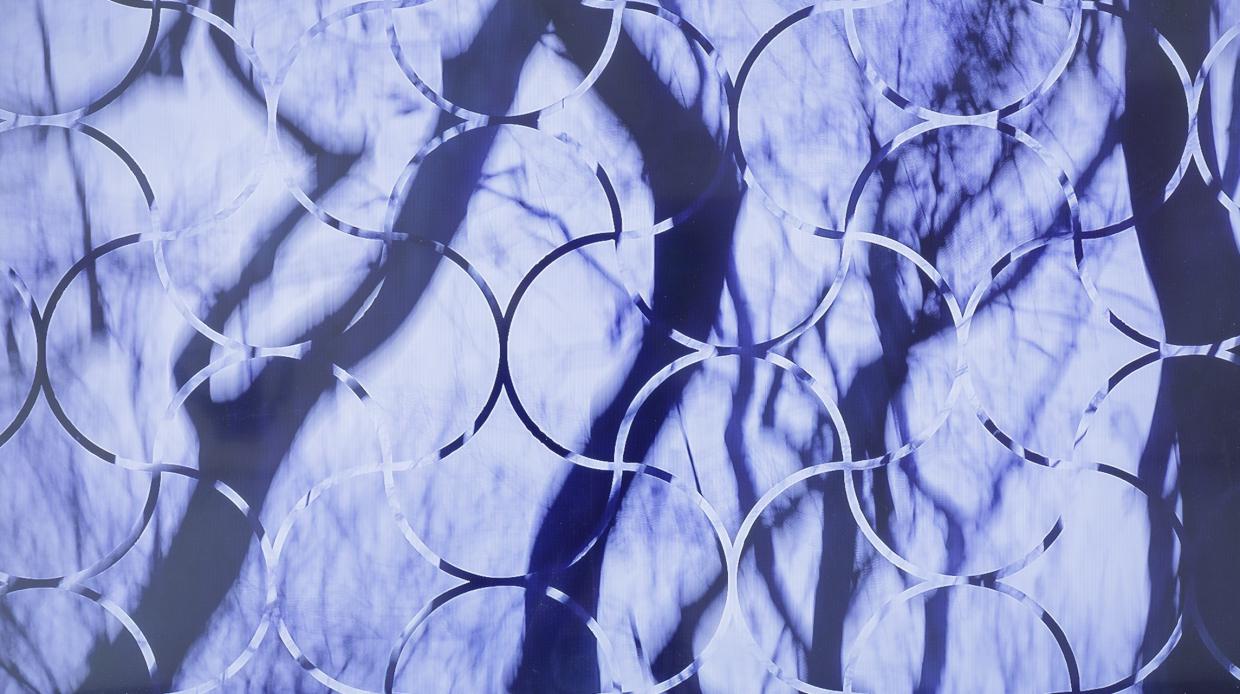 The solo exhibition Praneet Soi: A Bergen diary consists of work that Indian artist Praneet Soi (1971) conceived during his stay in the Luceberthuis, Bergen in 2021.

Soi lived and worked in the Bergen studio for six months and used his stay for an intensive exploration of the environment, of the genius loci.  Walks through the dunes and forests led to a series of collages and works that combine figuration and pattern. Patterns serve as a ground for his landscapes, allowing for an interweaving of the natural and the architectural. His walks in the Bergense Bos (Bergens Forest) enabled a space for soliloquy that ignited a body of notes, drawings and paintings influenced by his forest surroundings.

For Soi not only the landscape but the media too can function as a co-ordinate. So too conversations with those one has shared thoughts and ideas with over time. This kind of triangulation is articulated in “Entanglements”, the video on display in the exhibition. Images from the Bergens Bos are montaged against Soi’s growing archive of imagery from disparate sources. Text is composed as cut-outs, floated atop images from his surroundings and his archive, underlining an experimental trajectory in the use of moving image.

While working at the Luceberthuis Soi began placing canvasses and related drawings and cut-outs upon the wall that had been painted on by Lucebert and noticed the colours of Lucebert’s wall- drawings had begun entering his canvases. He also took note of the juxtaposition of Lucebert’s rough hewn brushstroke against his own crisp renderings. For this exhibition Soi has recreated this atmosphere, creating upon a wall of the gallery a personal rendition of the layering he noticed while residing at the Luceberthuis.

The artist in residence the Luceberthuis is located in the former home and studio of visual artist and poet Lucebert (1924 - 1994) in Bergen (NH). The Luceberthuis is an initiative of the Lucebert Foundation. The large and bright studio of Lucebert is largely in its original state and has various facilities such as a darkroom for photography and an extensive art book library. Bergen has traditionally been an artists' village. The village is famous for the Bergen School and artists such as Adriaan Roland Holst, Leo Gestel, Charley Toorop, Edgar Fernhout, David Kouwenaar and Lucebert. Thanks to the Luceberthuis there is a place in the tradition of the village where talented visual artists work and show their work. Each year 2 to 3 artists are offered the opportunity to work in the house for 3 to 6 months. In the period 2021 and 2022 the residence is supported by the Mondriaan Fund.